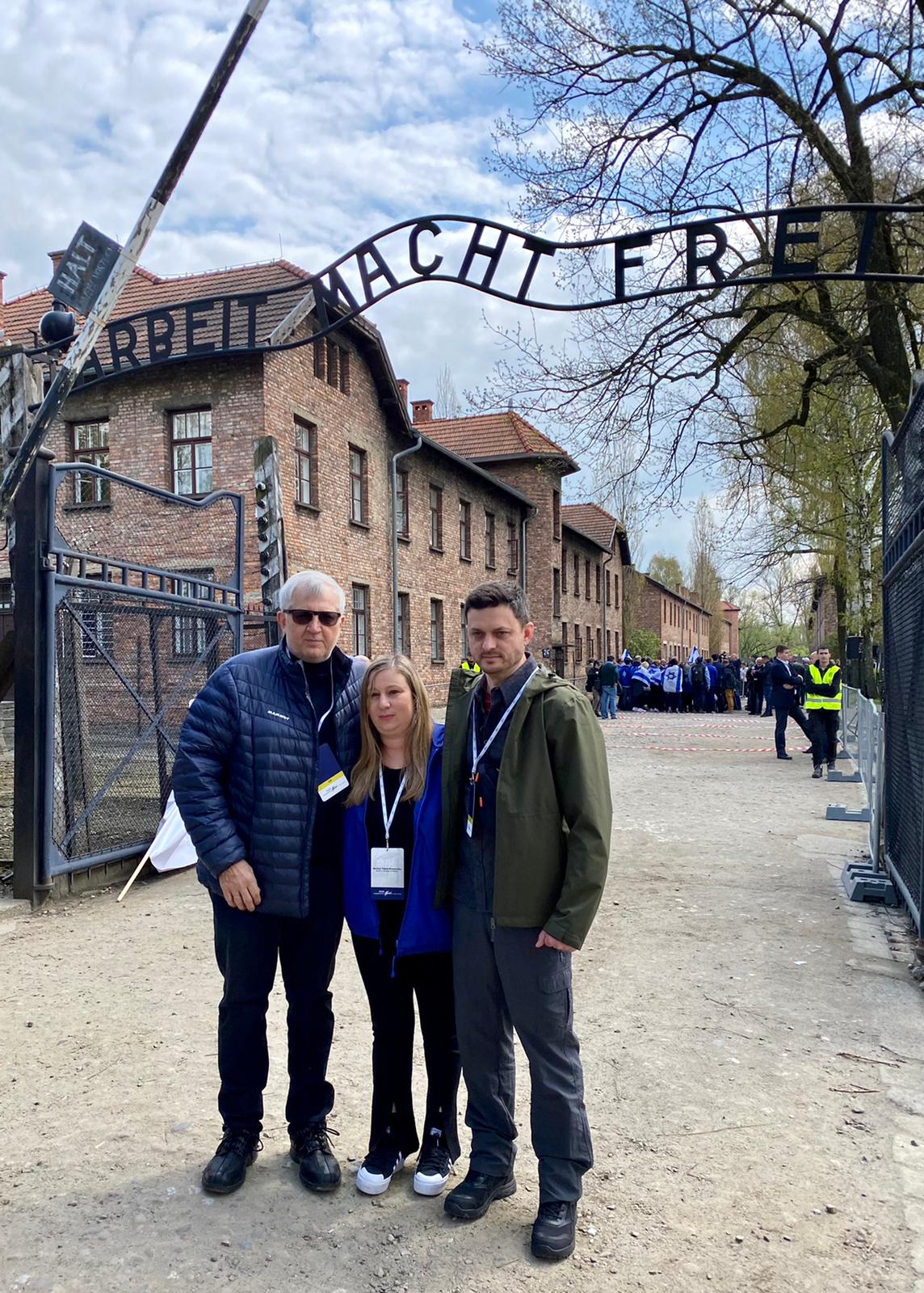 Yom HaShoah, the Jewish Holocaust Remembrance Day, began last night. The day to honor the six million Jews killed by the Nazi regime in Europe and the Jewish Resistance Movement. This day of remembrance is observed in Israel and many other parts of the world. This date is associated with the highest manifestation of human freedom in the face of imminent death – the Warsaw ghetto uprising.

"Every tragedy of any nation is a tragedy for the entire humanity. We keep repeating: we must remember the history of the Holocaust so that future generations do not establish death camps and die in them, kill others or get killed. However, today we see how peaceful Ukrainian cities – Mariupol, Kherson, Kharkiv, and Kyiv – are suffering from the shelling of Russian forces. These citites were last subjected to such mass bombing by Nazi Germany during World War II. We have witnessed the mass murder and torture of children, women, and the elderly in Bucha. All these crimes Russian troops commit under the absurd pretext of "fighting Nazism." On these days of remembrance, I call on the entire civilized world to oppose the machine of Russian propaganda and fight against the threat that looms not only over Ukraine but over humanity," said Natan Sharansky, Chairman of the Supervisory Board of the Babyn Yar Holocaust Memorial Center.

Ukrainian flags were waved at the March of the Living at Auschwitz to show support for the beleaguered country on Holocaust Remembrance Day. Survivors and descendants of the mass genocide returned to the Nazi concentration camp to recreate the 'death march' undertaken by its former inmates during World War II to the gas chambers at Birkenau.

Ukrainian refugees and many other people joined the March to show support. They waved Ukrainian flags in response to Russia's invasion of Ukraine that is being justified under the pretext of so-called "denazification."

The date for Yom HaShoah was selected by the Knesset on April 12, 1951. Among the initiators of Yom HaShoah was a Former Prime Minister of Israel David Ben-Gurion. He wanted to connect this day with the anniversary of the Warsaw ghetto uprising that began on April 19. However, the suggested date fell on the day that preceded one of the biggest Jewish holidays – Passover. Therefore, the day of remembrance of the Catastrophe was set in accordance with the Hebrew calendar, on the 27th of Nisan. The observance is held one week after the sixth day of Passover and a week before Israel’s Independence Day.