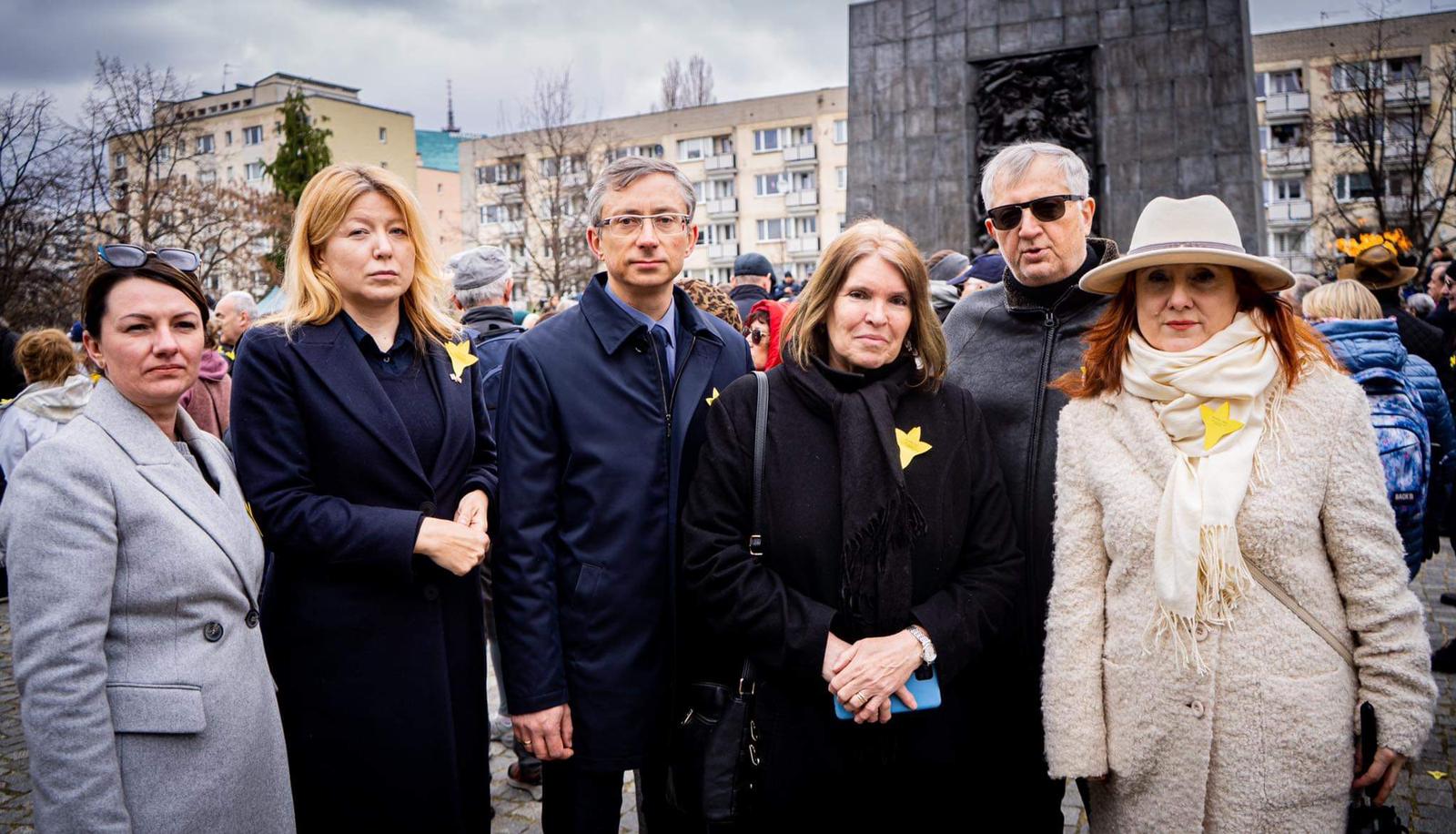 Marek Rutka, Chairman of the Parliamentary Group, member of the Polish Sejm  said, “Today we commemorated the fallen Jews in the Warsaw ghetto, but also all over the world during the Second World War. Just before the war, almost 370 000 Jews lived in Warsaw alone. On this occasion, we must remember about all those murdered by the criminal regime. As the chairman of the parliamentary team for Babyn Yar, I repeat that hate crimes have no limits. Just like 80 years ago, 30 000 Jews were murdered in Babyn Yar by the Nazis, just a month ago bombs fell on the Babyn Yar again, this time by the Putin regime.”

The Warsaw Ghetto uprising is the largest single revolt by Jews during the Second World War. Much like the Babyn Yar crime, both are tragic events that culminated in the murder of thousands of people.