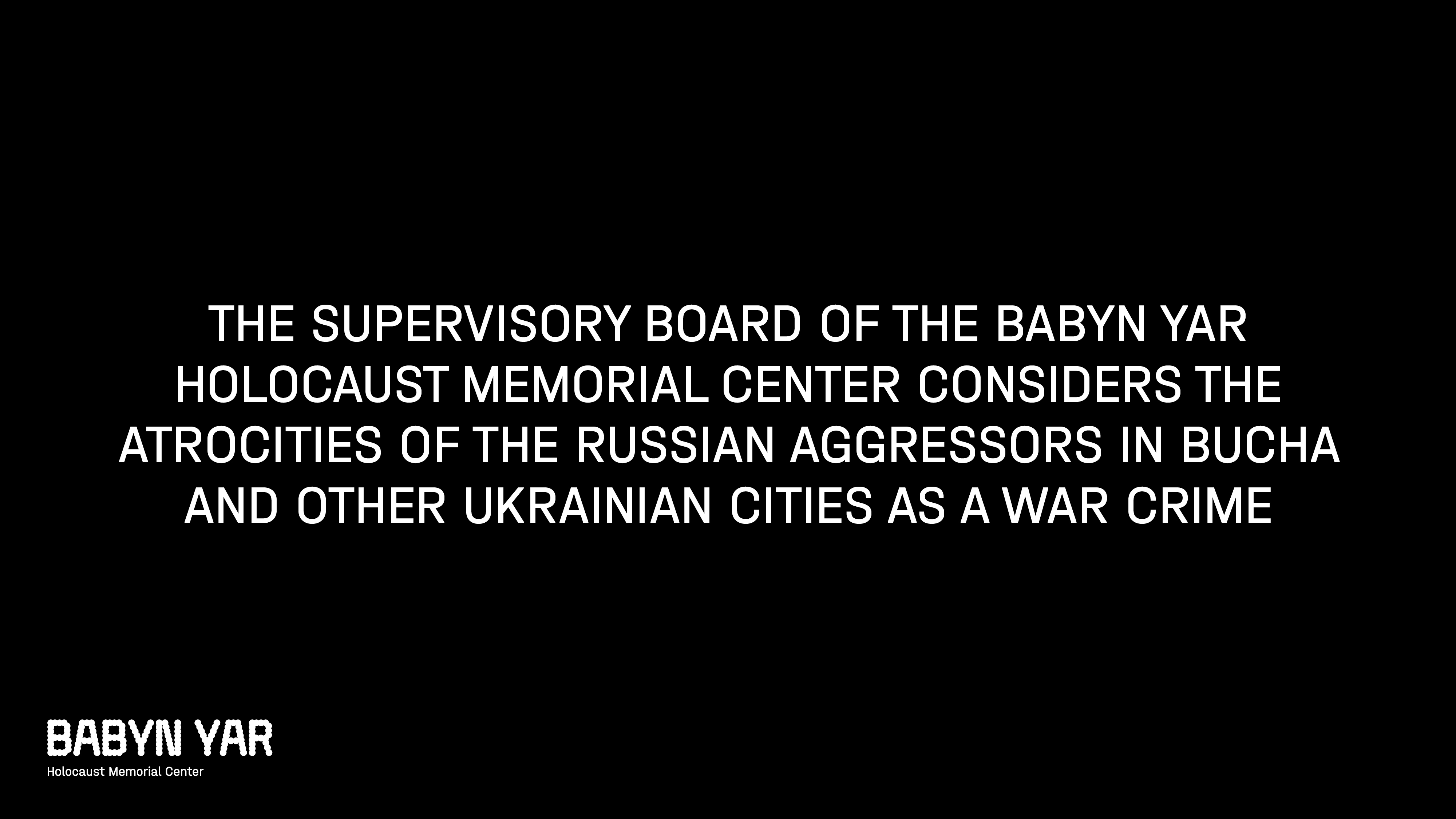 Members of the Supervisory Board of the Babyn Yar Holocaust Memorial Center considers the atrocities of the Russian aggressors in Bucha and other Ukrainian cities as a war crime. These are disgusting and despicable crimes. They attack the principles on which our lives are built. They represent pure evil. Evidently, they have been ordered and are part of a systematic policy of the Russian leadership. The Russian assault on peaceful Ukraine is not just a war but a war crime. An analogy that comes to mind is the German assault on Poland in 1939.

The mass murders of children, women, and the elderly, as well as the torture of people shot in the heads with tied hands behind their backs, and burials in mass graves – all that repeats the pattern of the German Nazis during World War II.

As representatives of the organization dedicated to studying and commemorating the Holocaust, we are convinced that the blockade of peaceful cities is a deliberate crime against the Ukrainian people and humanity. Tens of thousands of people are forced to suffer from cold and illness without access to water and food. This indicates the desire of the aggressor to break Ukraine’s will to be a free and independent country by killing as many people as possible.

We are deeply outraged to see such horrific crimes being committed in the 21st century. Russia carries out the policy of dehumanizing Ukrainians not only in the hot phase of the war. A long hypocritical propaganda preparation preceded it. The Russian government has immorally distorted and corrupted important words. Under the absurd pretext of "fighting Nazism," Russia pursues its imperialist goals. This is not only a flagrant crime against Ukrainians but also a desecration of the memory of the victims of German Nazism and the horror of the Holocaust.