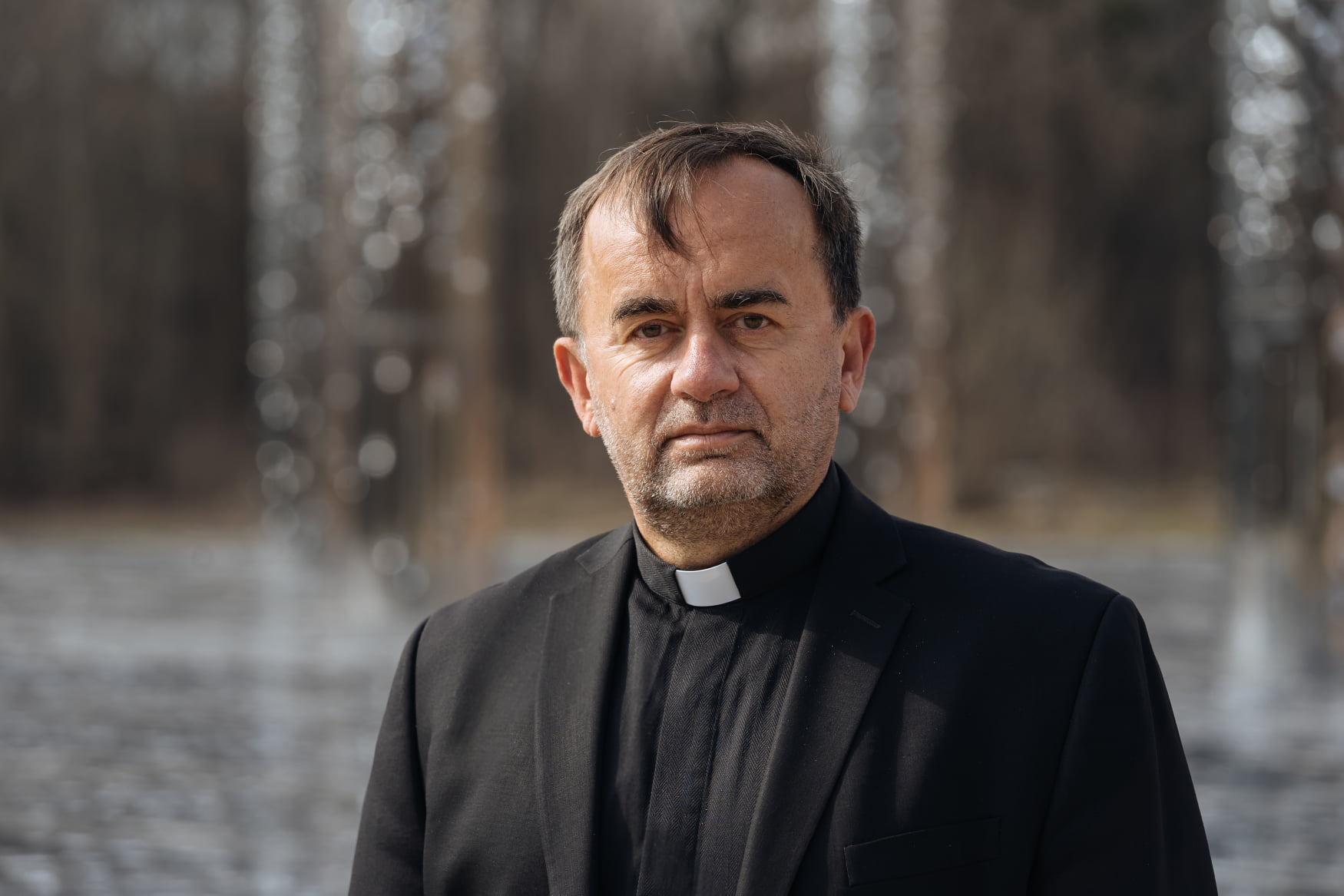 The goal of the initiative: Discovering the horrors of the crimes committed on a massive scale, day after day, against the Ukrainian civilian population in Mariupil, Kharkiv, Mikolayiv and throughout the entire territory of Ukraine. The records of the testimonies will be submitted to The International Criminal Court (ICC) and European countries like Germany, which have launched investigations.

“Almost 20 years ago, my organization “Yahad In Unum” and I began to investigate the Holocaust by Bullets crimes committed in Ukraine followed by other countries, in each village occupied by the Nazi units. We built a special methodology and interviewed more than 8 000 witnesses of the Holocaust by bullets. I never thought that in 2022, I would need to once again be investigating war crimes on these same hollowed lands,” said Head of the Academic council, Founder and president of the French organization "Yahad-In Unum" father Patrick Desbois.

Father Patrick Desbois made a decision to collect the maximum number of filmed testimonies of the victims of Russian war crimes.

”Everybody knows that for justice an eyewitness is key to confront denial by Putin and his helpers. The voices of the witnesses must be saved to confront crimes committed by Russians,” stressed he.

As a reminder, Patrick Desbois is well known for his work on the mass shootings which took place in Ukraine and other countries in the region occupied by Nazi Germany during World War II. His work shaped the term “Holocaust by bullets”. In his first book, titled “Holocaust by Bullets”, published in 2008, he cites hundreds of eye-witness accounts of Nazi crimes against Jews in the occupied territories of the Soviet Union, in particular the murder of 1.5 million Jews in Ukraine.  The book demonstrates how these mass-murders followed a template, or script, which included a timetable that was duplicated across numerous locations. Far from being kept secret, the killings were carried out in broad daylight and witnessed by many.

“Yahad In Unum” was created in 2004 by Father Patrick Desbois with the objective of documenting in the most thorough way possible the Holocaust by Bullets, the Roma genocide and other mass crimes in the various places where they occurred throughout this vast geographical area. Eventually, Yahad In Unum began to investigate genocide and other mass crimes in Guatemala, Irak and Syria. Through its research work, and based on a unique methodology, Yahad In Unum has collected about 7,500 testimonies from eyewitnesses and survivors of mass shootings in Eastern Europe. To this day, Yahad has conducted 195 research trips in 11 eastern European countries, and has identified over 3,100 extermination sites.

Babyn Yar Holocaust Memorial Center is a non-governmental charity whose purpose is to preserve and cultivate the memory of the Holocaust and the Babyn Yar tragedy in Ukraine and to contribute to the humanization of society through preserving and studying the history of the Holocaust. From 1941 to 1943, the Nazis shot 70 to 100 thousand people in Babyn Yar in Kyiv, they killed almost the entire Jewish population of the city.