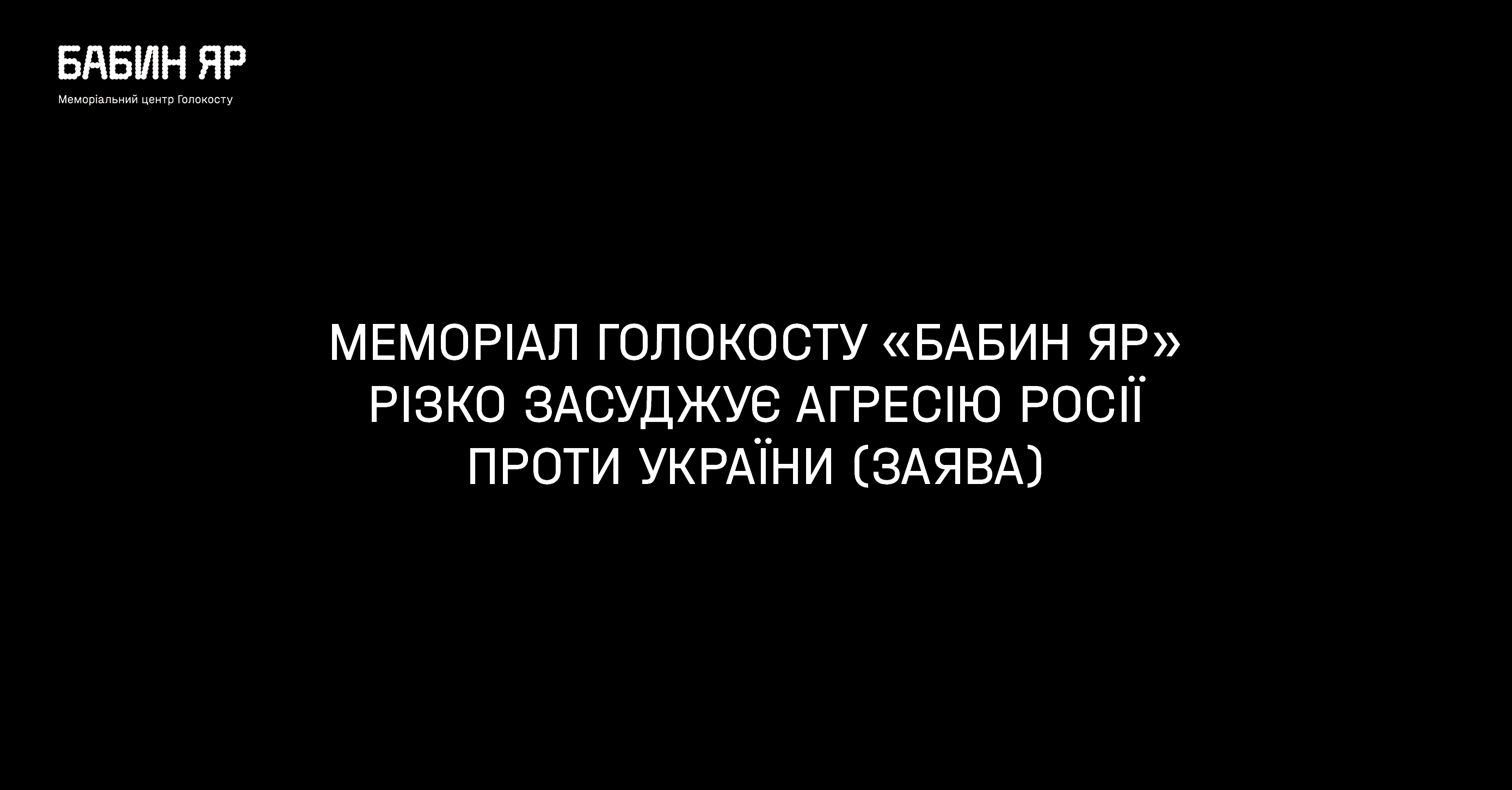 The Babyn Yar Holocaust Memorial Center strongly condemns the Russian Federation's aggression against Ukraine. We see Russia's invasion of Ukraine, the killing of civilians and unprotected children, the rocket attacks on towns and villages, and the total destruction of infrastructure and housing as a crime against humanity.

As experts who work with the Holocaust research and commemoration, we are deeply outraged that the aggressor country has used genocidal rhetoric to justify its shameful actions. Russia has vulgarly instrumentalized anti-Nazi rhetoric and is trying to take on the role of a fighter against Nazism.

In response, analyzing Russia's policies in recent decades, we conclude that Russia is the biggest instigator and initiator of war in the 21st century.

We remind the Russian leadership that Kyiv, Kharkiv, Kherson, Mariupol and other Ukrainian cities were last subjected to massive bombing by Nazi Germany during World War II. Now they are burning under the blows of Putin's army, that is following in the footsteps of Adolf Hitler. Houses, hospitals, kindergartens are on fire. People are hiding in basements and bomb shelters. Hundreds of thousands are forced to leave their homes and move to safer places and abroad. All of it is happening because Putin decided to "denazify" Ukraine and its people. Ukrainians who, regardless of their national origin, skin color or religion, stood up to defend universal values, democracy and freedom.

We are convinced that the civilized world must resist this avalanche of lies and brutal aggression and eliminate the threat that looms not only over Ukraine but over the whole world.

As experts in research on crimes against humanity, we will thoroughly collect and record evidence of crimes against humanity by the Russian aggressors. We will create a database for the UN International Court of Justice in The Hague. The first steps on our part have already been taken. Our Academic Council has already addressed a letter to the Prosecutor of the International Criminal Court. Only a principled position and joint action can defeat evil. We are convinced in victory of Ukraine.