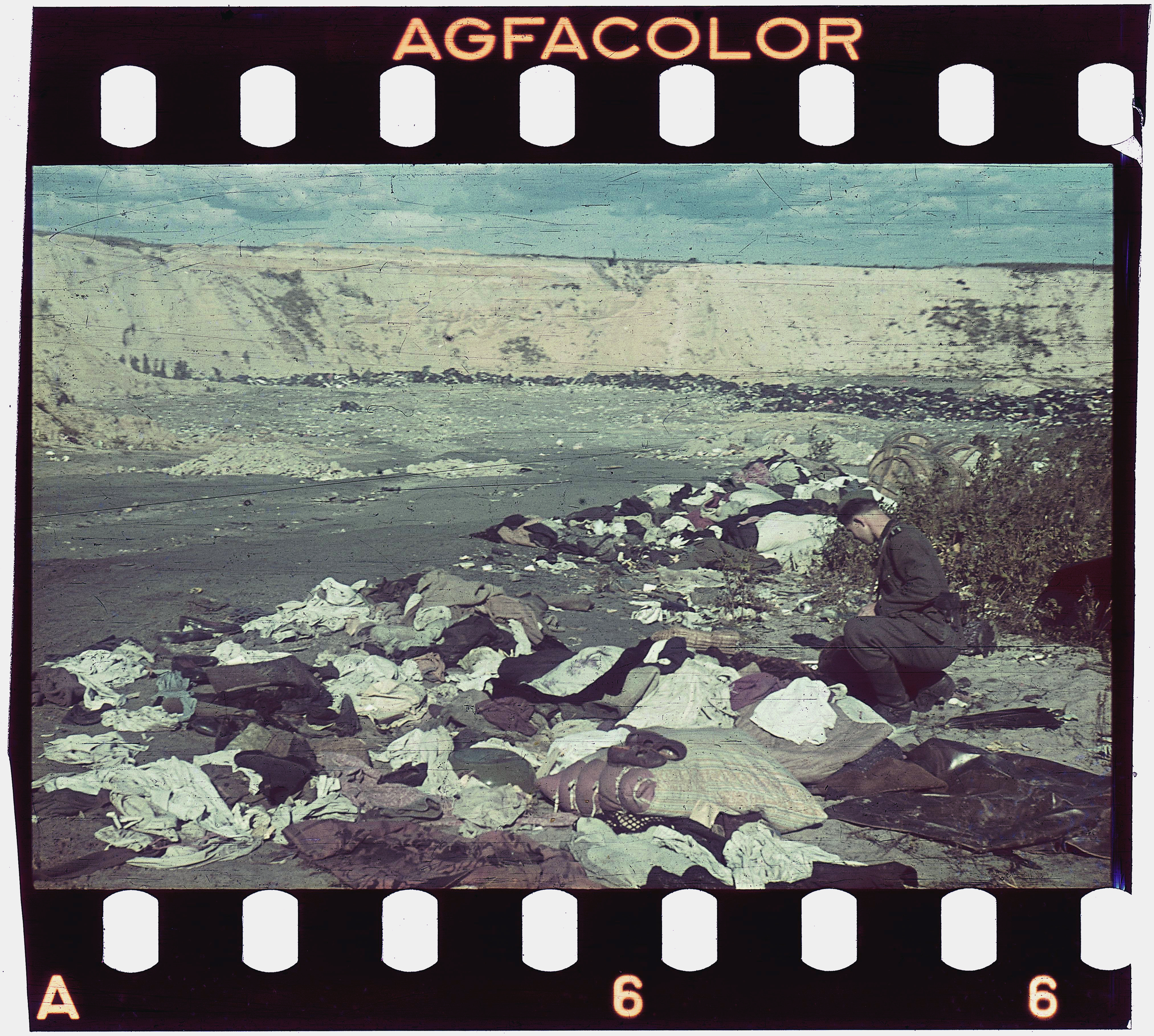 On the eve of the German invasion of the Soviet Union Ukraine was home to the largest Jewish population in Europe. While some Jews managed to evacuate to the interior of the Soviet Union, it is estimated that more than a million were killed. Rather than being deported to concentration and death camps, as were the Jews of Western Europe, most of Ukrainian Jews were shot by the Einsatzgruppen C and D, by the Order Police Battalions, and by the Wehrmacht. It is indeed on Ukrainian territory, in Babyn Yar outside Kyiv, that the worst mass shooting of Jews took place. In the space of a couple of days, 34,000 men, women and children were murdered.

After the war, Soviet authorities did their best to minimise the scope of the Jewish tragedy, their efforts being illustrated by their protracted and stubborn refusal to acknowledge the identity of the Babyn Yar victims. It was only Ukraine’s 1991 independence from the Soviet Union that facilitated research into the Holocaust in Ukraine, although in Ukraine itself the Holocaust remains a strongly politicised and sensitive topic. Nevertheless, the last two decades have seen the publication of a number of historical studies dedicated to the Holocaust in Ukraine (Zabarko 2004; Lower 2005; Steinhart 2015; Holocaust and Genocide Studies 2014, Bartov 2018, Müller, Müller and Zabarko 2019).

The fate of Ukrainian Jews has been dramatized by works of literature, including Meyer Levin’s Eva: A Novel of the Holocaust (1959), Piotr Rawicz’s Blood from the Sky (1961), Anatoly Kuznetsov’s Babi Yar: A Documentary Novel (1966), Anatoly Rybakov’s Heavy Sand (1978), D. M. Thomas’s The White Hotel (1981), Jonathan Safran Foer’s Everything Is Illuminated (2002), Jonathan Littell’s The Kindly Ones (2006), Daniel Mendelsohn’s The Lost: A Search for Six of Six Million (2006), and Rachel Seiffert’s A Boy in Winter (2017). Eastern European Holocaust Studies is an interdisciplinary peer-reviewed journal published by De Gruyter and dedicated to the history and memory of the Holocaust in Central and Eastern Europe. The special dossier the journal’s forthcoming issue will address representations in Holocaust literature of Ukraine and the Ukrainians during the German occupation of 1941-1944 and the postwar commemorations of the Jewish tragedy in Ukraine. Articles of 7,000

words (including references) in English or Ukrainian are invited on any of the following themes:

• the specificity of the Holocaust on the Ukrainian territory;

• the role of the local ethnic Germans (the Volksdeutschen)

• Jewish resistance and relations with non-Jewish and Jewish partisans;

• the complex role of non-Jewish Ukrainians in the mass extermination of Jews;

• literary representations of the Ukrainian landscape;

• specifics of Jewish and non-Jewish exile and emigration in the Holocaust literature.

We welcome both traditional theoretical and methodological approaches and newer

perspectives, including feminism, materialism, posthumanism and ecocriticism. To submit an article, please send an abstract (max. 500 words) and a bio note (max. 100 words) by 15 January 2022 to Helena Duffy at [email protected] Authors will be notified of acceptance shortly. Full articles will be expected by 30 June 2022.