The mass shootings during the Holocaust as a criminal process. An international academic conference will take place in Kyiv 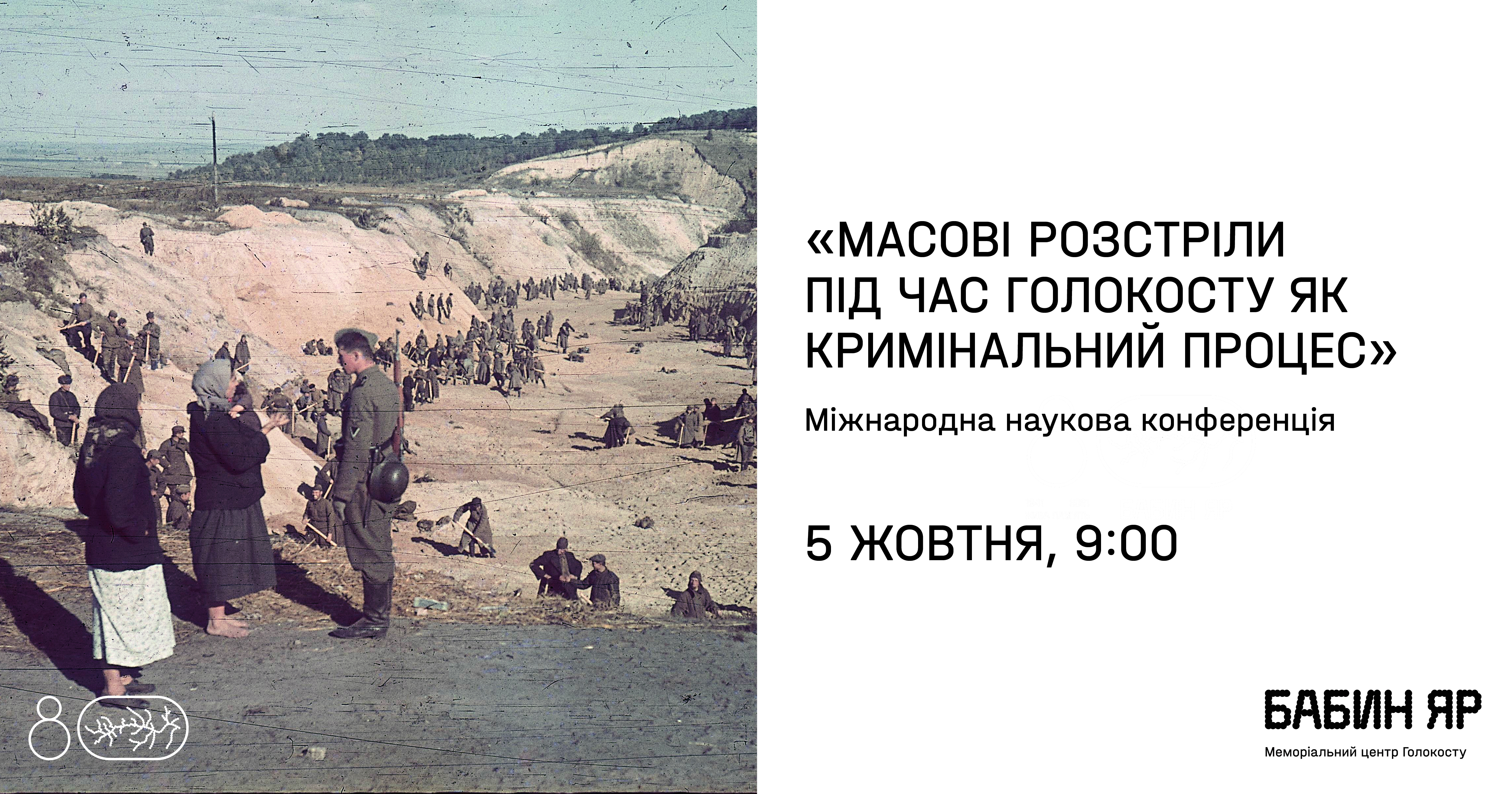 An international academic conference "The mass shootings during the Holocaust as a criminal process" will take place in Kyiv on October 5. The event dedicated to the 80th anniversary of the Babyn Yar tragedy is held by the Babyn Yar Holocaust Memorial Center. Leading Ukrainian and foreign experts, well-known Holocaust researchers from Ukraine, Germany, the USA, France, and Israel will take part in the conference.

What was the criminal process of mass shootings by German perpetrators during the Holocaust? In places like Babyn Yar, Bogdanovka, or Mineralnye Vody, was there a common template, a common methodology? Were the participants of the shootings personally responsible or just following orders? How mass shootings and perpetrators are presented in criminal proceedings? Well-known scientists will answer all these questions during the conference.

– Personal motivations of the personnel – Edward B. Westermann, Associate professor of history at Texas A&M University, Research Fellow at the Center for Advanced Holocaust Studies at the US Holocaust Memorial Museum in Washington.

– The Complexity of Evil. Modeling perpetration in genocide – Timothy Williams, Professor of Insecurity and Social Order, executive board of the International Association of Genocide Scholars and is section editor of the Journal of Perpetrator Research.

– The KGB investigations – Yuri Radchenko, candidate of Historical Sciences, Director of the Center for the Study of Interethnic Relations in Eastern Europe, Senior Lecturer at "Kharkiv Collegium".

Detailed program at the link.

Join the discussion online. The broadcast will take place on the official Facebook page of the Babyn Yar Holocaust Memorial Center.

Questions to the speakers are invited to be asked in the comments.