Knesset Award for the Last Survivor of the Babyn Yaar Massacre 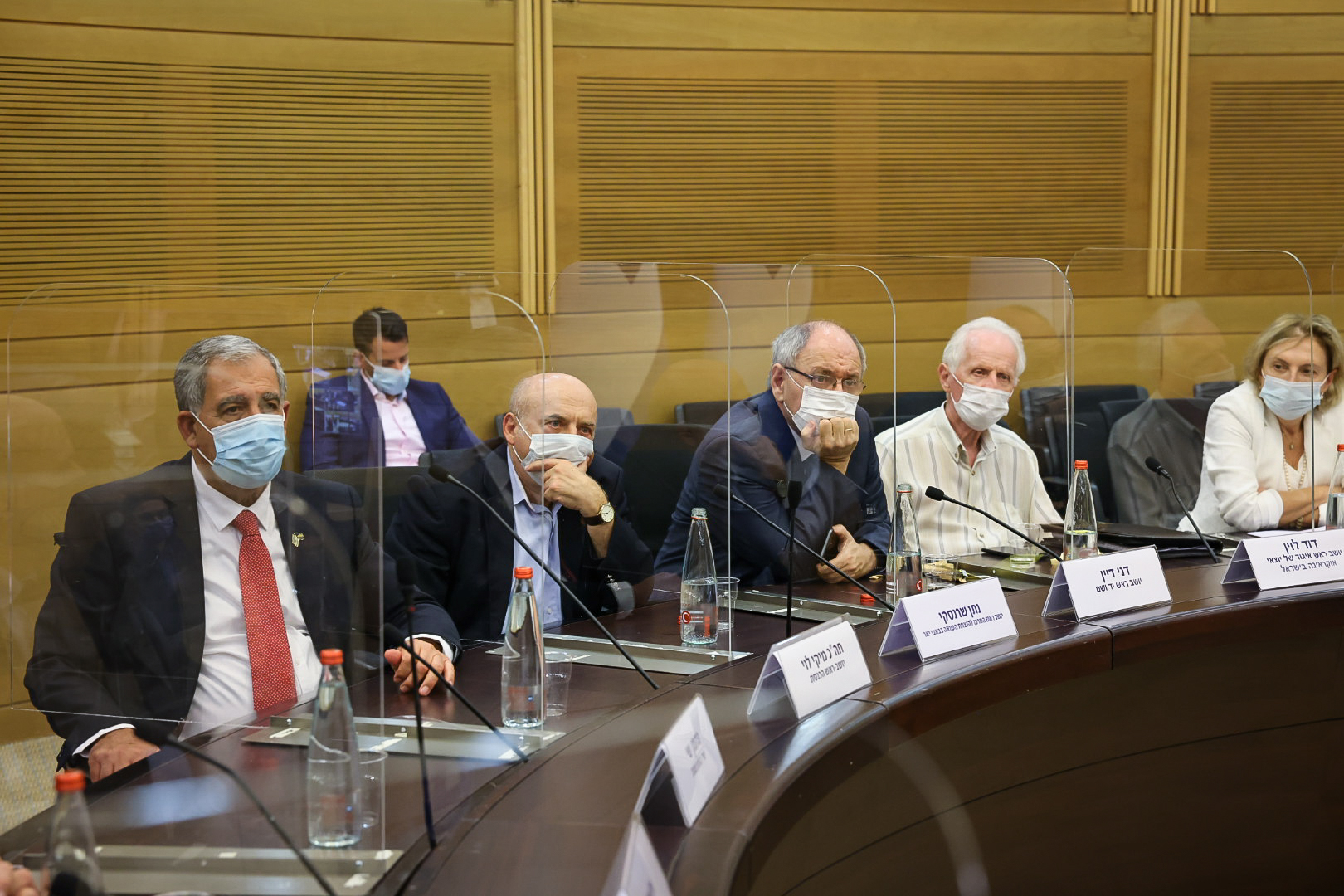 The Knesset held a meeting to mark the 80th anniversary of the Babyn Yaar massacre. Knesset Speaker Mickey Levy presented a medal on behalf of the Knesset to Michael Sidko, the last known survivor of the massacre which took place on Yom Kippur eve 80 years ago.

Jerusalem, Israel, September 12, 2021 – The Knesset held a commemoration meeting to mark 80 years since the Babyn Yar massacre. At the Babyn Yar massacre, which is the symbol of what is known as the “Holocaust of the Bullets” and which began on the eve of Yom Kippur, the Nazis murdered, in just two days, nearly all the Jews in Kiev, 33,771 people. During the German occupation of Ukraine (1941 – 1943), nearly 100,000 victims were murdered and buried in Babyn Yaar, the overwhelming majority of whom were Jewish, but also included opponents of the regime, the mentally ill, and Roma people, making Babyn Yaar the largest mass grave in Europe.

At the meeting the Knesset Speaker Mickey Levy said: “The massacre at Babyn Yaar is one of the worst single atrocities humanity has ever known, as more than 33,000 Jews were murdered, shot to death, simply because they were Jews.” Chairman of the Babyn Yaar Holocaust Memorial Center Natan Sharansky called on the Israeli government and Holocaust institutions who had visited the German extermination camps in Poland to also visit Babyn Yar: “There were two methods to the extermination of the Jews: cold-blooded murder with bullets and burial in mass graves throughout Eastern Europe, of which Babyn Yar is the symbol, and mass, systematic extermination using gas in camps established by the Nazis in Poland. In order to understand the entire story of the extermination of the Jews in depth I call on the Israeli government and anyone who have visited Poland to visit Babyn Yar as well.”

Before the meeting, Knesset Speaker Mickey Levy presented a medal on behalf of the Knesset to the last survivor of Babyn Yar, Michael Sidko. Michael Sidko was just six years old when he witnessed Nazi soldiers murder his infant brother Volodya, his younger sister Clara, and his mother, whose screams Michael heard as she was shot to death in the forest of Babyn Yaar, during the cold-blooded massacre perpetrated there between September 29 and 30, 1941. Michael and his brother Grisha miraculously survived, after the Nazis selected them instead for either work or medical experiments. The two brothers went on to repeatedly escape death, thanks in part to their Polish neighbor who took them home and passed them off as her own sons until the end of the war.

At the moving meeting, the Knesset Speaker said: “I could not help but be moved and to shed a tear listening to Michael’s heartbreaking story, how he saw his dear family taken away from him in front of his own eyes. I salute Michael for his heroism, and I am grateful to him for sharing his story with me, and I was honored to present him with a medal of recognition on behalf of the Knesset, on behalf of Israeli democracy. I reassured Michael that the memory of his family, along with all the victims of Babyn Yaar and the Holocaust, will be safeguarded forever. Michael’s story is intertwined with the story of the State of Israel, which arose from the ashes of the Holocaust, in order to stop the shedding of Jewish blood and to build a home for the Jewish people in the land of their ancestors. We must maintain the security, and the economic and social strength of the State of Israel, which together are the best guarantees for the future of our country, and for our ability to stand by the vow we made to Michael and all the victims of the Holocaust: Never again.”

Natan Sharansky promised Michael that the names of his mother and siblings, who were murdered at Babyn Yaar, would be recalled at the official ceremony to mark the 80th anniversary of the massacre, due to take place in Kiev on October 6th.

He added, “My position on the educational trips to Poland is that I am against stopping the visits – we need to be there and see with our own eyes - us and our young people. Babyn Yaar should be one of the places where you should definitely visit, learn and remember.”

Yad Vashem Chairman Dani Dayan said at the Knesset meeting, Dani Dayan: "It is our Jewish, human, and moral duty to remember the murdered in that inconceivable massacre, and not allow their memory to be forgotten. The faces of the men, women, girls and boys destroyed in that valley of murder must never be allowed to disappear – especially not when it comes to the place and the events which some wanted erased from the pages of history. We will not permit this memory to ebb away: not only for the sake of those killed, but also for our own sakes today and for future generations.”